Understand the lingo of median price and average price before house shopping. 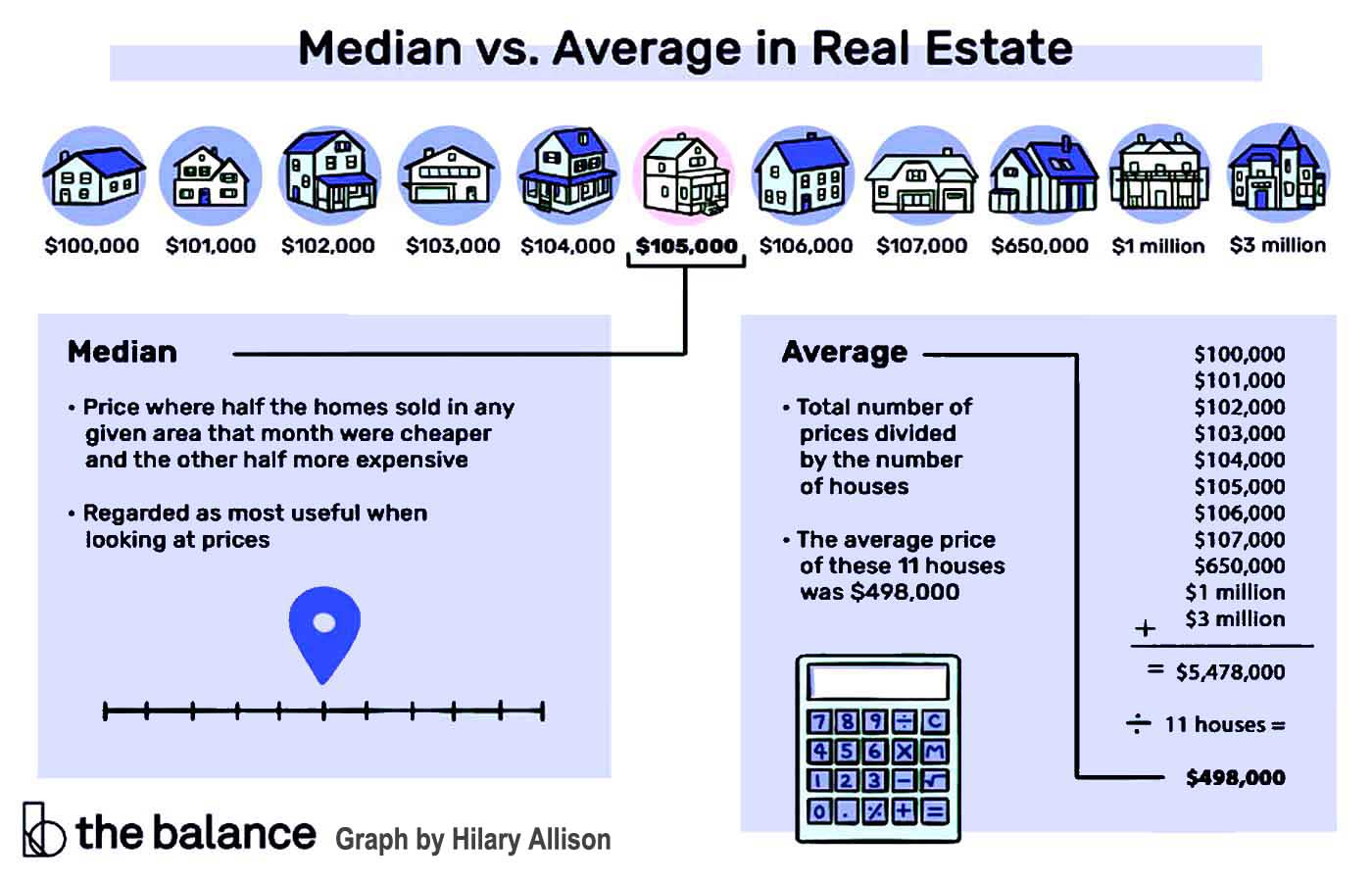 If you’re shopping for a house, one of the biggest issues you have to face is how much you can afford and how you will balance that with the kind of house you want, in the location that suits you best.

When you are checking out home prices, you might find them described as the average or median in Palm Beach County or in the various cities within the county.

Each city within Palm Beach County will have a different median price  and a different average price.

The average of a set of numbers is the total of those numbers divided by the number of items in that set. The median and the average might be close, but they could also be significantly different. It all depends on the numbers.

The median price of these 11 houses is $105,000. That’s arrived at because five houses were lower-priced and five were higher-priced.

When you are looking at recently sold prices of houses, make sure you know whether the numbers are averages or medians. Both numbers provide good information, but they have different implications.

If the average price in a particular area is higher than the median for the same time period, that tells you that the area contains significantly higher-priced houses… even though in that particular time frame, sales were strong in the lower range.

Better Number to Use for Real Estate

The median price in a particular neighborhood is generally regarded as the more useful of these two ways of looking at prices. That’s because an average price can be significantly skewed by sales that are extremely high or extremely low.

If you were looking at an area whose prices were reflected in the example above, and you considered the average price, $498,000, you might decide it is out of your price range and look elsewhere. But that number is distorted, because while most of the houses sold in the low $100,000s, the two at the high end drastically changed the average.

If you remove those two seven-figure sales, the average is $164,000, which is still higher than the median, but much closer to it than the other number. That’s the effect that extremely expensive (or extremely low-priced) house sales have on average prices for an area.

On the other hand, if you look at the median price, $105,000, you might think that area was very affordable, and it’s a much more accurate reflection of the prices of most of the houses sold in that location in that time frame.

Mean and average are the same. They are synonyms, so the same logic from the example above applies.